Posted on December 3, 2019 by unionadmin 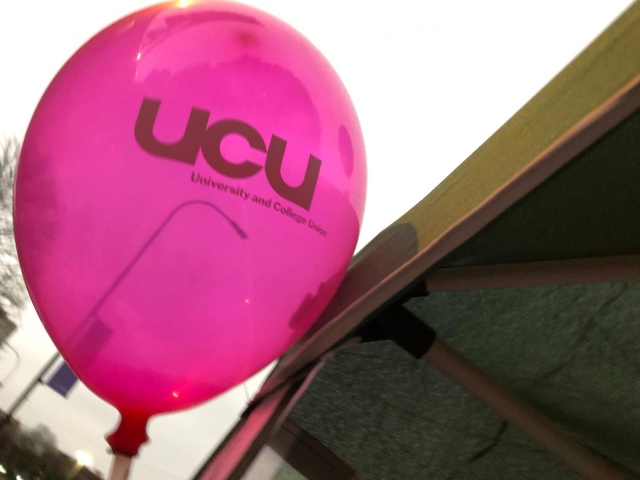 The last three days since our previous post have been full of activity. With appearances of MSPs and MPs from Labour and SNP, our General Secretary Jo Grady, marches with Strathclyde UCU and finally our noisy presence at the fantastic rally at the Donald Dewar statue we’ve hardly had a minute.

And that’s before our members from the Engineering department arrived…. 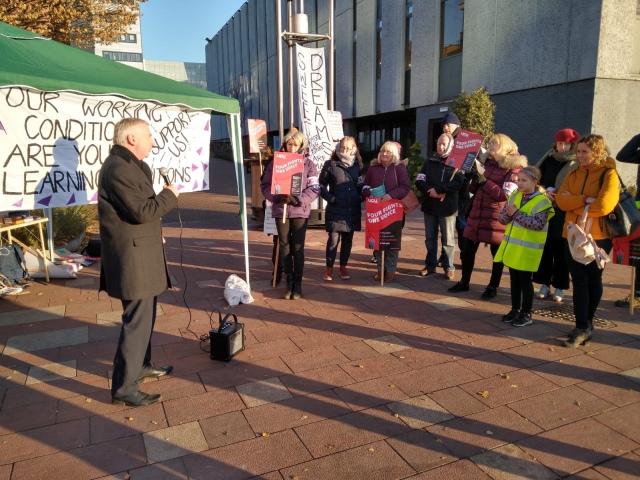 Yesterday Alison Thewliss SNP MP came along to the picket line and then rally to show support. Other MPs at the rally included Glasgow North Labour MP Paul Sweeney. 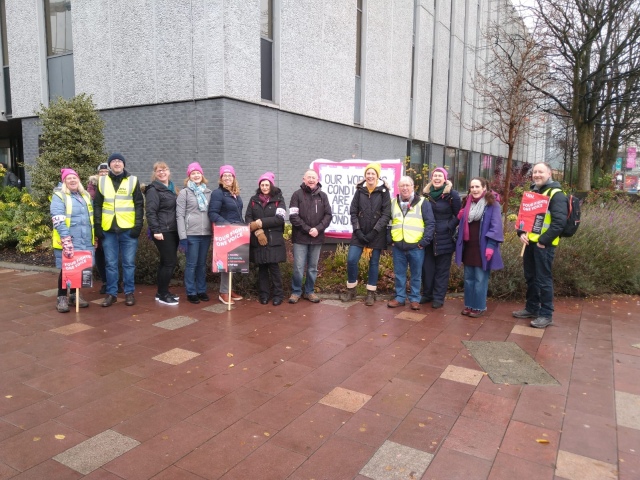 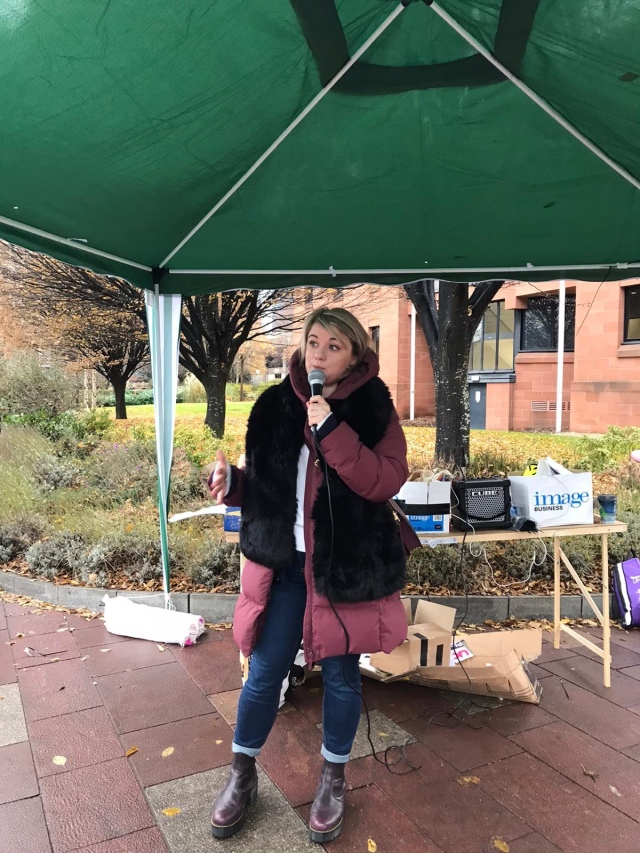 Jo Grady spoke to us before attending the rally

We also saw a welcome appearance to support us of Janet Farrar the Acting Chair of the UCU Further Education Committee – up from Manchester where she teaches Trade Union studies. 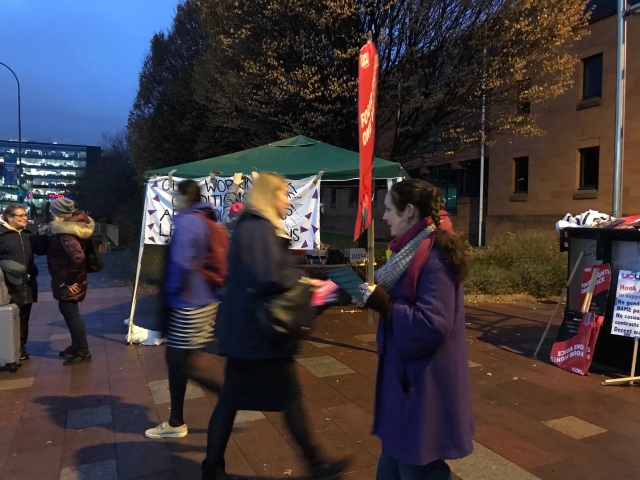 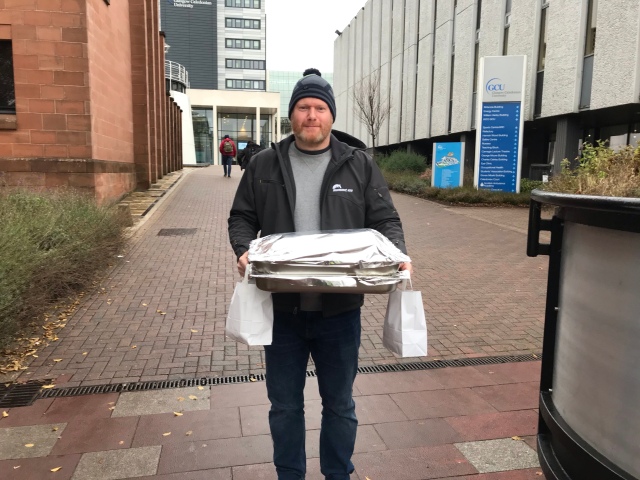 A picket army might not march on its stomach but food certainly helps especially in freezing weather.

The rally was terrific as some of the pictures show with Douglas Chalmers making sure GCU got a prominent mention. More reports soon 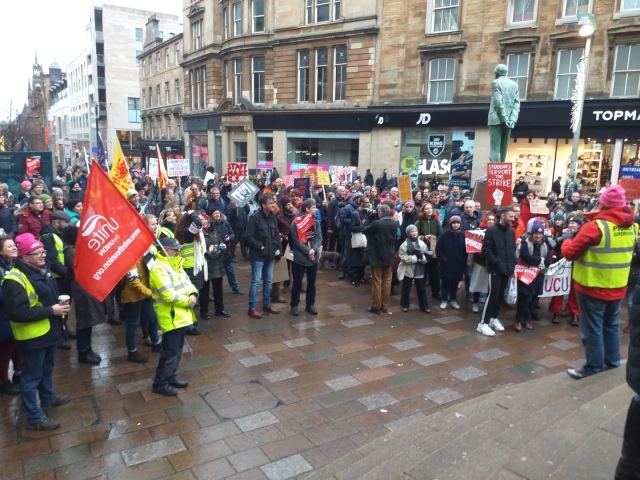 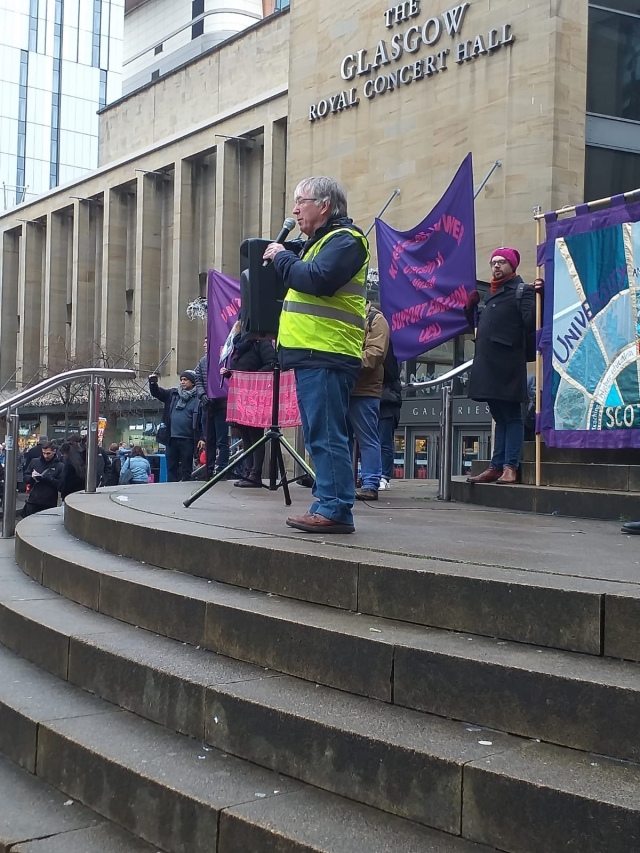 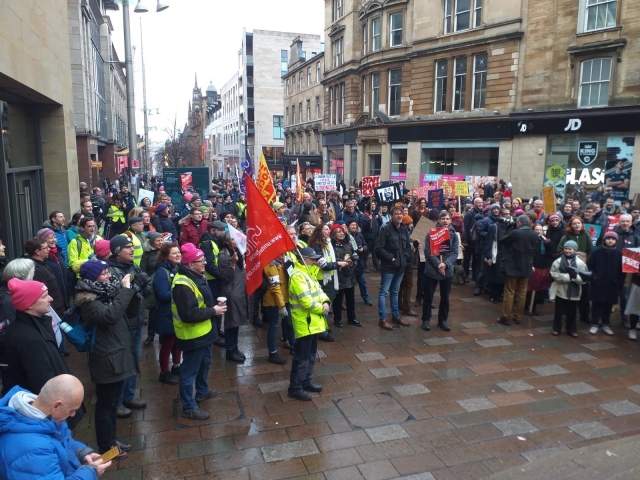 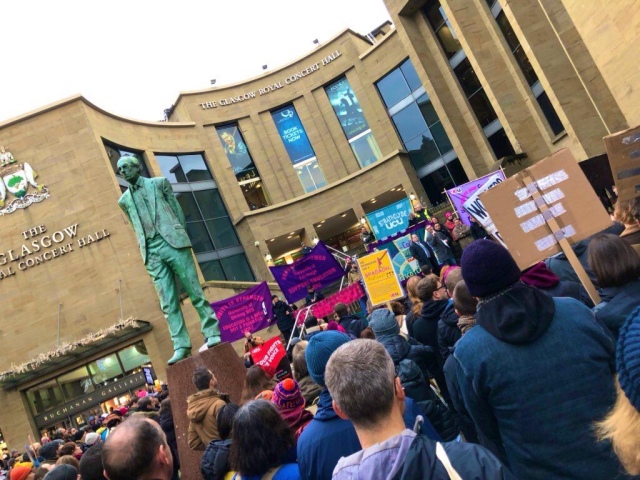 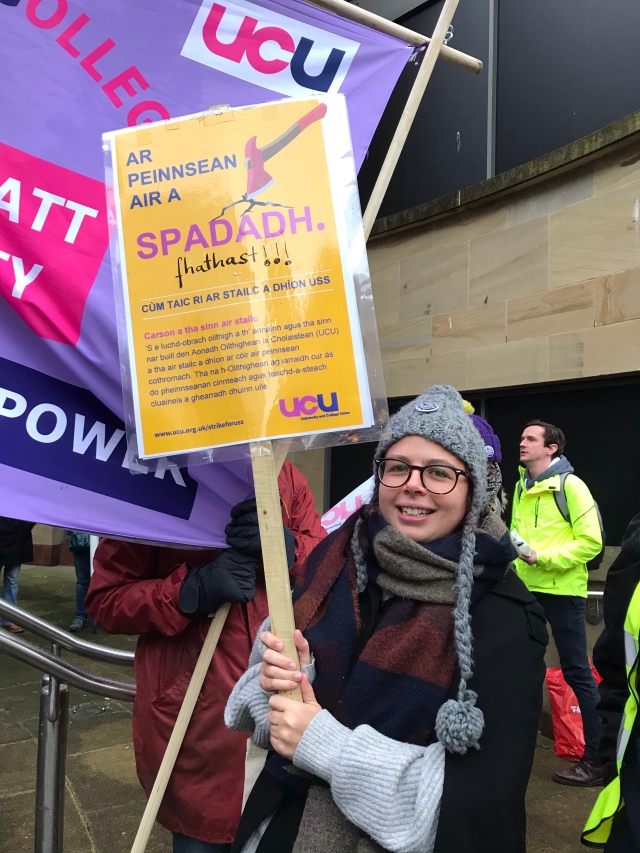 Blog site for the latest UCU union news
View all posts by unionadmin →
This entry was posted in Uncategorized. Bookmark the permalink.