The success of Douglas Chalmers in a contested election, and Davena Rankin elected unopposed in the recent ballots for staff governors to the GCU court, is a sign that staff are backing the reforms in university Governance promoted by both candidates, according to Dr Nick McKerrell, chair of the Combined Union Committee at GCU.

Interviewed by the Caledonianunion blog after being informed of his success – with a resounding 67 percent backing from those who had cast their votes, Dr Douglas Chalmers, President of the local UCU branch said: 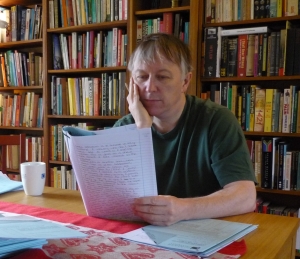 “I am proud to have been elected by my academic colleagues, on a clear platform of support for the recent Von Prondzynski proposals of reforming HE Governance. I think there is a clear understanding in the sector that the status quo is frankly not working, and indeed the tinkering with the status quo, which is currently being suggested by the chairs of Court does not answer the need for substantial change.
I will be consulting widely within the university community regarding governance at GCU before my first Court meeting, and would encourage any member of academic staff – whether in a trade union or not – to get in touch if they have a point of view they would like to put to me on this.
I think the fact that over two thirds of those voting – in a four person contest – voted for change is heartening – although the turnout of 14 percent shows the mountain that still needs climbed to convince staff that the court structure is a relevant part of governance at GCU. I hope to help do this over my term as governor”.
Said Dr McKerrell “ Ironically, Douglas is now the only member of Court to have been elected in an open and contested ballot. Given that his platform was based on the CUC’s view of the need for change – something, of course, also backed by Davena – this surely gives weight to the democratic mandate for seeking this change. The next three years will be critical to ensure that senior management in Scottish Higher Education are subject to democratic governance. Douglas and Davena will ensure this happens“