GCU Court talks to (some) GCU staff – a welcome, but very small step 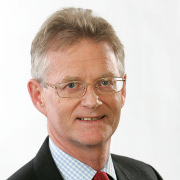 Some faltering steps which might lead to a more meaningful dialogue between GCU Court and university staff were taken when recently elected Court chair Tony Brian led an ‘Executive Briefing’ on ‘Governance and the role of Court at GCU’.

The organisation of the meeting left something to be desired, with only three working days notice being given to staff and the original time of the meeting clashing with teaching time – something resolved when Court Office were reminded what teaching hours were at the university. The final room chosen turned out to be too small for those present to be seated comfortably in but this did not prevent a first airing of views on some issues.

‘Effective Stewardship to secure sustainability’; safeguarding the mission and services to the public; the proper use of public and other funds; and ensuring stakeholder participation and accounting for institutional performance’ he suggested:

“Good governance if you break it down to its absolute essence is quite simply decision making and oversight by the right people with the right information at the right time”.

“It has the responsibility of offering constructive but robust challenge to the executive, and guidance, and the whole purpose of that is to hold the executive to account and improve decision making”. “Robust challenge is what makes the difference in decisions making in my view. We must have that for people to reach the right decisions”

Although the Court did not discuss the Governance report till the following week, he reported that the Committee of Scottish Chairs, were against moving to the election of chairs, feeling it could introduce a conflict of interest.

He went on to say that he felt any change needed to be evidence based.

In contributions from the floor, it was pointed out that the report recommended an enhanced role for the Trade Unions in university governance, and it was therefore suggested there should be a meeting with representatives of Trade Unions to look at issues of mutual concern.

Tony’s view was that its was too early to say – he hadn’t had a chance to talk to court about this at all and didn’t know what court’s views were on any of these issues, bar the election of the chair, and therefore would have to go through that process.
A direct answer was that he couldn’t comment as he simply didn’t know what courts’ view was. “I couldn’t say yes or no to that at the moment – I would have to see how things evolve.”

He suggested Jan Hulme was the point of contact for all governance issues and if there was a request made it should be made to her.

On this point the university secretary suggested that the issue was really about the mechanisms that were already in place for the unions to engage with the university, which was the JCC… She acknowledged there were discussions and there would be future discussions about how well that operates, and how it can be made to operate better, but at present it was the formal and court approved mechanism for the university to engage with the unions on campus. Anything else would be unusual, atypical and there was not a process for that. So she thought the short answer was that there wasn’t a means for doing that.

She also raised the fact that there were staff representatives on the court, who play a full and active part in the court as well. So to that extent too, the court was informed about staff views, staff perspectives as well. If it was suggested there should be another mechanism then that opened up a whole other discussion and debate that would have to be reviewed. ….  “we might want to pause and reflect before we invented any other piece of machinery.”

A discussion then ensued about the role of staff governors, and what part they played in relaying staff concerns to the court, and whether they represented the people that elected them.

According to the chair of court they gave court their view of staff feelings, views, whatsoever “and we listen to that”.

There were then some points of view given by individual staff members of court including the difficulties they had – being ‘unable to canvass views’ beforehand as court business was confidential, but hoping that they still put over a range of staff views:  “if there’s a decision to be taken on court, I see my role as judging what the academic members of staff would think of that, and then convey it…. It’s not a fully representative role”

One suggestion was that ‘representative’ was perhaps not the correct term, but a better one might be ‘voice’ of staff.

At this point the university secretary argued that responsibility as charity trustees meant that “people have to step back from whatever constituency they feel they know best and who might have elected them and they have to put on the hat of the collective good of the university, weigh things up, on balance and act actually as part of the corporate body.”  To that extent it was not like being a trade union representative who can say straightforwardly ‘this is what my members believe…..’  It was a role that demanded skill and experience, and she believed court were well served.

Brian Pillans: "Staff reps are not accountable to their constituency..."

Brian Pillans, talking for the UCU said the terminology was a problem – ‘staff reps were not accountable to their constituency…..’

Nick McKerral, joint union convener turned to the three pronged structure of governance previously outlined by Tony and suggested there was a clear benchmark of respect for senior staff to be found in the recent staff survey. The Executive had an approval rating of 18% and in some schools it fell to 8% which meant Nick Clegg has a higher rating in Scotland.

Nick McKerrell: "NIck Clegg has a better approval rating in Scotland, than our senior management.."

It was obviously very worrying that such a big prong of university management is held in such scepticism by staff of the university. Turning to the role of court and the fact they had been in discussions with the executive over the decisions that they have made over the last 5 years in the university, NIck asked that given this fact, did the chair of court think court was a successful body just now and that it had done its job well over the last 5 years?

Tony declined to talk about the staff survey as it would be dealt with the following week but suggested Governance had been working well…….. “if you look at the sector as a whole, the HE sector in Scotland is one of the most successful sectors we have…..”

Governance had played a significant role in the successes of the sector. He also stressed that any changes should only be made where there was evidence that they will improve things. “I’m not closed to changes, but they have to be evidence based improvements”. On being pushed on whether he thought governance was working at GCU, he believed “it absolutely was”.

It then being suggested by Brian Pillans that this answer was something that would have been said by the banks 6 or 7 years ago, and perhaps the complacency on the part of the governance of the banks had seen them go where they had, Tony conceded that it didn’t necessarily mean that in the new world what had happened in the past would be adequate. It was one of the things they had to look at – “is governance today sufficient for what we will have tomorrow and the day after tomorrow”. He didn’t want to say that what we had today was perfect, but things needed to be evidence based – ‘there was no point in doing things that will make it worse’.

The question of scrutiny and transparency was raised from the body of the meeting when it was pointed out that the minutes of the court meetings were no longer available to the public – they had been taken off the university website. The question was asked how people were to find out what court was deciding? Court regulations of lodging one copy in the library was totally inadequate – and particularly questionable in terms of disabled access. The question was raised why this decision had been taken.

On this the chair confessed he hadn’t been involved at the time and handed the question to the university secretary who first suggested the decision had predated her, but when it was pointed out this wasn’t correct, suggested that it was possibly inadvertent – a point welcomed in the meeting.

She also suggested that she didn’t think the court web presence was as good as it should be or as informative, or as helpful and that as much as anything it had been a resourcing issue.

She continued to say that it was something that she really thought had to take priority now. Colleagues in the Court office would agree that it was very much a priority – that it was high on the agenda, and very much part of the work plan that they were doing. So she hoped this would address some of the issued that existed.

“The fundamental point as to how court communicates its work is a very fair one, that I think we’d recognise and one we’d very much like to address”.
Tony Brian also agreed it was something that should be looked at.

One of the two last issues raised was on how the University would avoid ‘crony committee-ism with regard to the composition of the court – on this the university secretary welcomed the possibility of having a chat with the member of staff who had made some constructive points in the discussion.

Finally UCU membership secretary John Biggam asked what the measure of the court’s effectiveness was, and how it was measured and challenged if the court was found to be ineffective. He asked if there was a role for a staff survey regarding court.

Tony Brian’s view was that judging the court by the standards laid down by the committee of university chairs was the way it ought to be done. On John querying whether they should be judging themselves, Tony replied that they increasingly used external people to come and ‘kick our tyres’ and give that external perspective.

John suggested that the Court’s own procedures made it difficult to judge the effectiveness of court. “We don’t seem to see what you’re doing.  There’s the continuing issue of the difficulty of operating as a staff rep…. but collectively it sounds very discouraging about court – what do you think? … you can’t tell us…….. you might put minutes up….. you don’t know if a survey would be effective….  to the point where, to me it is depressing.”

Tony expressed his disagreement with this, asserting that the effectiveness review would be done with external input to make sure that it was suitably robust….

The meeting finished with a member of staff asking whether this would be published to which Tony Brian answered…. “there are discussions around that kind of thing”.